The first thing you need to know about me is that I’m from a town of 1,500 people. When I found out that I was accepted to go on this... I love ancient Chinese history and how it influences the culture today. Thats one of the main reasons that I chose to study Chinese in School. This being my second... As my first day of work was approaching, I really didn’t know what to expect. While I have Interned at other companies, I have never interned abroad. Yes, I have... 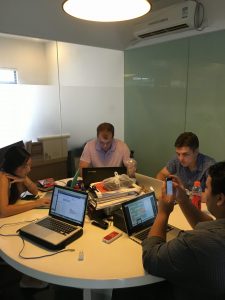 As my first day of work was approaching, I really didn’t know what to expect. While I have Interned at other companies, I have never interned abroad. Yes, I have always dreamed of working in Shanghai, but this would really be the moment of truth. I never got to experience what Chinese Business Culture was really like. I had many questions running through my head on my commute to my first day of work. “Will I fit into the business culture here?” “Will I clash with my coworkers?” “Am I ready for what this internship has to offer me?” Thankfully, now I can say that I have overcome all of these insecurities. Starting my fourth week of working at my company, I can say that I’ve been able to grow as a professional. Being an Undergraduate College student double majoring in International Business and Chinese Language and Culture, It had always been my goal to one day work in China. What I didn’t... Absolute Internship made my Shanghai preparation and transition far easier. The process began with a simple introductory interview with Anna. She was in charge of internship placement. ... Race against myself to see every tourist attraction

When I arrived in London I was worried that I would spend every weekend in a race against myself to see every tourist attraction and major city in my reach.... Singapore: Best of Both Worlds

Professionally, I found that the company speakers that Absolute have organized has been really useful to me. Our first speaker was from the ING Group, a Dutch multinational banking and...

Shanghai: A Trip of a Lifetime

Dear Future Interns, If you’re considering visiting Shanghai through an internship program; Absolute internship is the way to go. Not only did I have great housing accommodations, but they paired my...

Shanghai: A Trip of a Lifetime

Attending Beijing with the Absolute Internship group was by far one of the best trips I’ve ever been on in any setting. It was really well organize and I was... Taking a train for the first time was such a fun experience. I felt like the seats were very comfortable, since I’m about six feet tall, and Absolute Internship did... A Day As an Intern

It takes roughly an hour and twenty minutes by metro to get to work. When I get off the metro, my company has a private bus that picks me up... 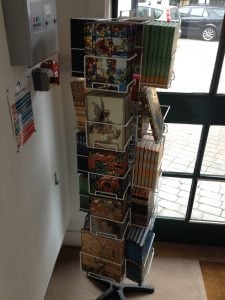