Difference Between China and the U.S

22 Jul Difference Between China and the U.S

Posted at 02:41h in Shanghai Internships by Absolute Internship 0 Comments 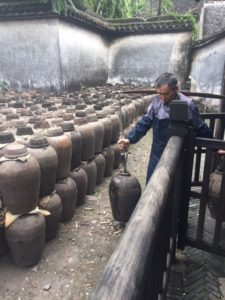 Before my departure, everyone who had been to China explained to me that the difference was compared to “night and day.” That there would be people everywhere all the time and that most people knew English so not knowing mandarin would be alright. After a week I was able to quickly realize that Shanghai is a western city, far more than any other city or town in China. For that reason, I’ve eaten at a multitude of different places. These restaurants are run by people all over the world. Even though Shanghai is a western city, not many people speak English. It makes it rather difficult to complete simple tasks, but it enhances the authentic experience. Whether it is ordering food or interacting with locals in a social manner, it is always an interesting time. It has caused me to enhance my interpersonal and communication skills. 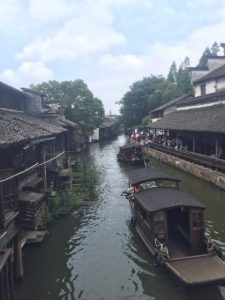 Our trip to Wuzhen was my first time outside of Shanghai. While inside this river town many of the local tourists were baffled to see a group of Westerners. For the first time in my life, crowds of people were wanting to take a photo with me. At first it was funny. Later on, it continued and became rather annoying. Locals would run up to us while we were eating and bump into us just to take a photo. While we walked around the gardens, we would spot Chinese people lurking behind us to snag a photo. It became uncomfortable, but it made me realize how rare these people come across Westerners.

Working for an American investment bank has restricted my interaction with locals. One day my boss needed immediate assistance. It required going out into the outskirts of Shanghai to pick up t-shirts. Then dropping them off at an apartment on the other side of town. This was my craziest experience. I prepared my google maps and headed down. The trip ended up taking me 5 hours. My interactions with the locals trying to figure out how to pick up the tshirts, having the taxi driver remain by me, finding the apartment, etc. The toughest part about this journey was not that I didn’t speak the language, but that google maps had provided me the wrong directions. Originally this trip seemed it would take a few hours at the most. Little did I realize I was putting all hope in my cab driver that he would bring me to the right place. Hopefully the journey was completed and my boss appreciated my help. That memory will forever stick with me when I reflect on my time in Shanghai.