Posted at 01:19h in Shanghai Internships by Absolute Internship 0 Comments

After nearly twenty hours of sitting down, I finally felt the bang of the 757 touchdown in Shanghai. As far as my eye could see was what looked like mountains of skyscrapers. The airport was packed but I really didn’t understand how gigantic the city was until the next morning. 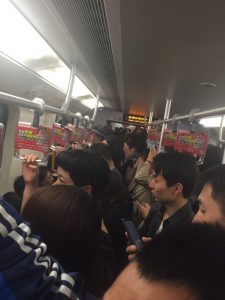 On our first morning we met in the lobby of our hotel and were given an orientation about key information on the city, as well as appropriate behaviors at the workplace. Form here, Absolute Internship brought us to the local mall where the closest metro is located. I could not believe how many people were in the city. At first the it appeared to be just like any other large city in America, like Chicago.

However, once we got inside the mall and saw the metro, I knew I was in a much larger city. I felt as if I was inside an ant hill, as an ant from a different colony as the people are walking all over in different directions. The rest of the day and night was given free for us to explore the city.

Day two took me by surprise. As a group, we went more into the city and were randomly assigned a teammate to accomplish various tasks across the city. The team who completed the most tasks would be awarded with a surprise. Absolute Internship brought us about forty-five minutes into the city and dropped us off. After the challenge of exploring the city and completing the tasks, finding our way back was another challenge. 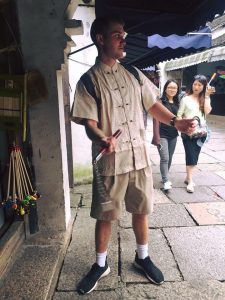 On Sunday, we had the entire day to ourselves until dinner. We were given the chance to travel to our internship and make sure we knew how to get there, and how much time it took. I really enjoyed this because my colleague and I went to the complete opposite side of town on accident. We went to Changqing station instead of Changping station, very confusing.

One of the hardest challenges for me to overcome the first few days was the jet lag. I found myself up until sunrise the first three days I was here. I would recommend taking it easy the first few days and not try and see the whole city the first weekend. Also, do things as a group, make new friends and stay together until you are comfortable in your new home.