Posted at 06:54h in Shanghai Internships by Absolute Internship 0 Comments

If I could tell someone who was pondering upon the idea of interning in a different country and has the opportunity to do so, I’d say, go for it. It changes the way you think and view the world. It’s a place out of your comfort zone that will only lead to growth and endless stories to tell when you get back home. 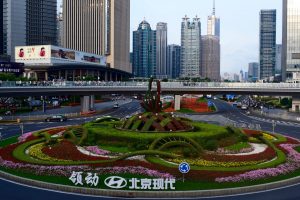 If the will to leave your comfort zone is there, the possibilities and solutions start to appear one by one. Let me tell you, it is possible to just pack your bags and work abroad.

It’s a true test to the career choices you have made as a college student.
I aspire to be a news reporter in politics and foreign affairs. Going abroad was the perfect chance to get to put that desire in practice. A different country and different media regulations. Perfect.

During my second week at work, I was given the task to write an article on the rising art of skateboarding in China. I was to find an expat who was also a skateboarder in Shanghai. I was given 15 minutes to research before I was kicked out of the office and forced to go find that one person.
Yes, millions of people live in Shanghai, but where was I going to find that one person? Asking around meant broken Mandarin. My phone data was not working well, so leaving the office meant leaving internet access. I had yet to explore the city in depth. 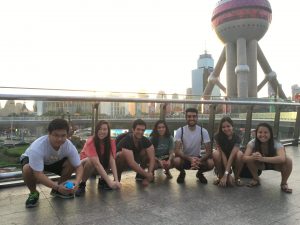 I chose to go to a skateboarding shop and hopefully find that one person there. I managed to ask in broken Mandarin, struggled, was looked at funny and that one person wasn’t there. After several more shops and many more tries I found the person I was looking for. I could go back to the office and give my boss good news.
It was a challenge as I was exposed to a completely different setting. I couldn’t exactly read the roads and my sense of location was still off in China. I relied on basic Mandarin.

I figured that being clueless at times is completely okay. It’s part of the challenge, and the challenge is fun. The more ways I think of solving problems, the better equipped I’ll be when the time to step onto the “real world” comes.
It is because of China that I know that if I pursue a career in foreign affairs, I will continuously have to deal with differences in culture, language and customs. Taking an interest in someone else’s culture and attempting to understand their language can be the gate to world of endless beauty.