Posted at 02:17h in Shanghai Internships by Absolute Internship 0 Comments

Shanghai welcomed me with a blast of hot air, a wave of tired travelers, and a fight that broke out due to a K-Pop group. 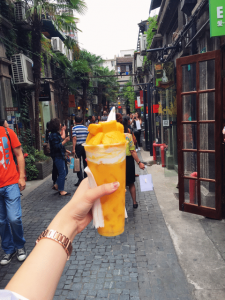 After a grueling 14-hour flight, my friend and I arrived at Pudong International Airport where we were greeted by our program coordinators and a few of the other interns in the program. We were taken to our apartment where we would be living for the next six weeks; Initially, I was worried about the size and utilities of our living space, but I was pleasantly surprised by a large, apartment-style hotel with modern televisions, a functional kitchen, and my own separate bedroom.

During our welcome dinner, we had the chance to meet all our program coordinators in Shanghai as well as the twenty other interns in our program. It was the first authentic Chinese meal we had in Shanghai, and it was great being able to share this experience while meeting each other. I didn’t realize it at the time, but the friends and people you met during this program can really make or break your experience. It was great being able to have so many opportunities to talk to each other throughout program-sponsored dinners and events.

We got the chance to do just that in our Shanghai Amazing Race, a scavenger hunt all around the city. From taking pictures with an “I <3 Shanghai” t-shirt to giving an old person a high-five, the challenges were so ridiculous that it was unimaginably fun. 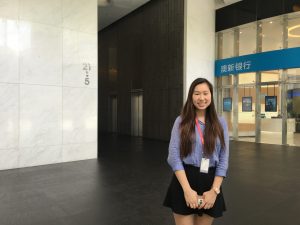 My first day of work went by in a daze. After being crammed into two different subway stations and almost missing my stop, I made it to my office in Pudong, Shanghai’s financial district. At first, I found it challenging for me since everyone in my company is perfectly fluent Mandarin-speaker and my skills were not fully up to par yet.

Currently, I am also the only intern at my company. However, it’s been a few weeks here and I can say that I’ve mostly grown accustom to it, and my Chinese is improving greatly. I can’t believe that I’ve already been here for three weeks, and I can’t wait to see what these next few weeks hold.