19 Aug Anything But Boring

Posted at 03:06h in Shanghai Internships by Absolute Internship 0 Comments

Coming from a sleepy, suburban town in the middle of Texas where roughly 70,000 residents go to sleep by 10 PM each night, I was pretty amazed when I was thrown into Shanghai, a city where 24.35 million people reside and thrive. There were a couple differences that I noticed upon arriving, and after living in Shanghai for a few weeks: 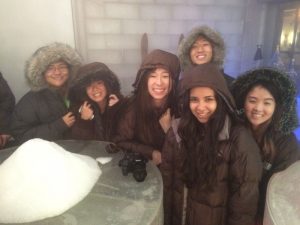 1.     There is no such thing as “Right of way” here. Even when the pedestrian walkway light is green, heed caution as you cross the street because cars and buses of all sizes might be coming.

2.     Without a doubt, Shanghai is one of the most convenient places I’ve ever been. Back home, where the only food places that open past 9 PM are iHop and McDonalds, it’s difficult to find something to do or some place to eat after it gets dark. However, in Shanghai, it’s quite the opposite; there’s already tons to do during the daytime, but at night, events and food run plenty.

3.     Back in the United States, the hygiene in public restrooms was not the greatest, depending on where you went. However, I knew I could count on them having toilet paper. If not toilet paper, at least an actual toilet bowl. 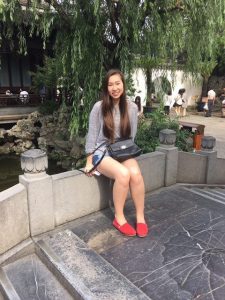 In Shanghai, it is completely different. You get used to not having a toilet bowl with a seat. Instead, you can find a nice hole in the ground with footing. At many places you need to bring your own paper, but once in a blue moon, you might even find one with toilet paper provided.

4.     Depending on where you go, food is cheap, and food is great! It’s easy to get stuck in the same routine of ordering the same thing every night for dinner, but there’s so much variety and so many cuisines and flavors to experience. You can get anything as cheap as a hot bowl of beef noodles for $3 USD, or anything up to standard American prices like a burger for $15 USD.

One thing is for sure; I can use a bunch of different words to describe Shanghai based on what I’ve experienced these past 6 weeks, but not one of those words is “boring”.