Posted at 15:14h in No Category by Absolute Internship 0 Comments

I had a company I was working for, a roommate I was to stay with and a ticket to Barcelona with Absolute Internship – a company I had found on a whim while scrolling through my emails a month before the deadline to sign up. It sounded like a wonderful, flawless set up in my head, but as the day approached for me to hop on a 7 hour flight across the Atlantic, I felt lost.

As a collective whole, humans find solace in comfort and familiarity. Yet here I was; a few days away from flying to a country where I knew no one, to live in a room with someone I did not know either, to work for a company I did not know, in a job for which I had little to no experience. Not to mention the huge language barrier, as the last time I had uttered a word in Spanish was over a year ago, when I would entertain friends with my lavish, overly dramatic “Spanish listening disk” impression, impersonating the baritone voice from the listening portions of our high school Spanish. I could take comfort in absolutely nothing, but I pitched myself into the terrifyingly frothy sea of the unknown, and BOY am I thankful I did. 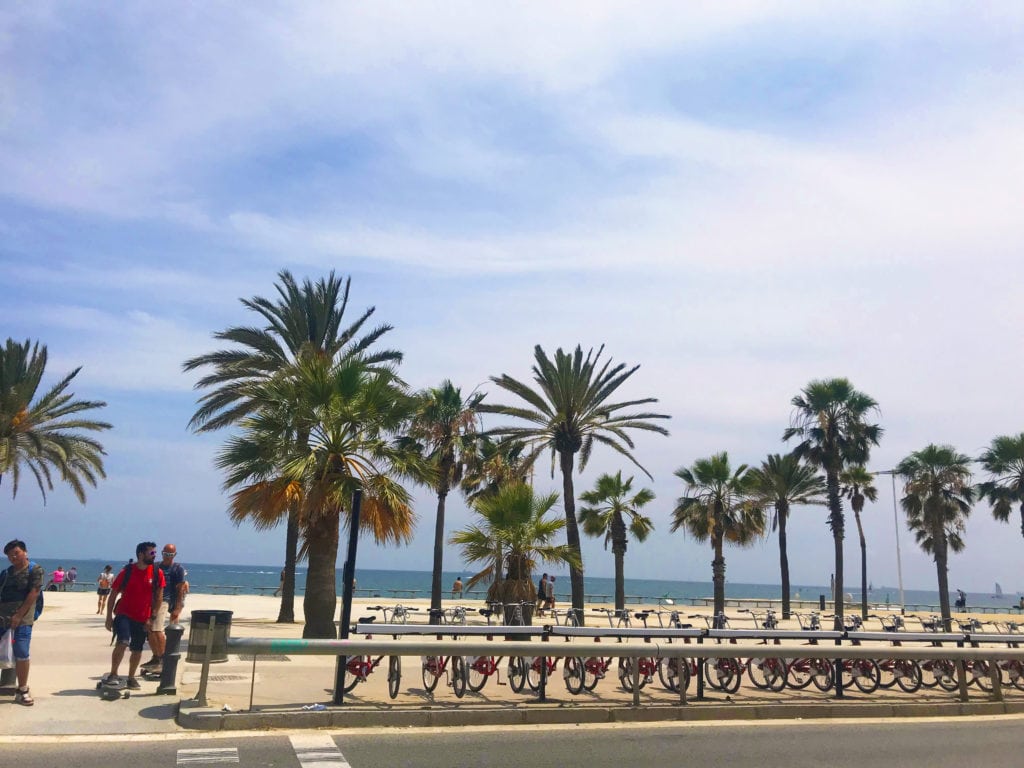 Growing up in the backyard of New York City – Dirty JER-Z – I was in awe of the lush and vibrant city I encountered in Barcelona. Instead of trash, I was now looking at vibrant plethora of shrubs, succulents and trees that lined the streets of the city. I could indulge in the beauty of a skyline, but also the reassurance of a canopy above my head. Not only that, but I was surrounded by a community of students who radiated curiosity and drive. I had friends who would be on their computers, (even though they were unpaid interns, keep in mind), gnawing away at work, long after normal work hours had ended. This type of community helped spark my determined spirit as well.

In this experience, being brave is vital, and being uncomfortable is normal. It is against the natural grain of our being. However, when we face adversity in this way, I believe we truly come to understand the truest forms of ourselves.

I will not sit here and spew falsehoods explaining how the work environment we all encountered was easy; it was not. We all began after our first day at work at the well-deserved, after-dinner drinks gathering; somewhat disheartened, somewhat confused, and definitely worried. I showed up at my office and realized that almost no one spoke English to one another, but instead spoke Catalan; a language specific to the region of Spain I was in, which I was completely ignorant of. I did not know how to use the computer editing software they were using, and the explanations were in technical and incomprehensible Spanish. I said all of two sentences throughout the day. At lunch, I sat amid a chattering bustle of words I could not understand, eating food I felt as though I was subject to finish, as everyone cleans their plate and a “to-go” box is rare . Of the other interns, some had long hours, some had no A/C, some had seemingly tyrannical bosses and all of us were immersed in a culture with a no-snacking standard; many missed the comfort of an over air-conditioned cubical with complimentary, over-processed pastries every morning. However, we all assuaged these feelings in the shared discomfort we all felt. Not only that, but since our first day came with a slew of emotions, the comfort we began to feel as the weeks went on felt 100 times more rewarding. 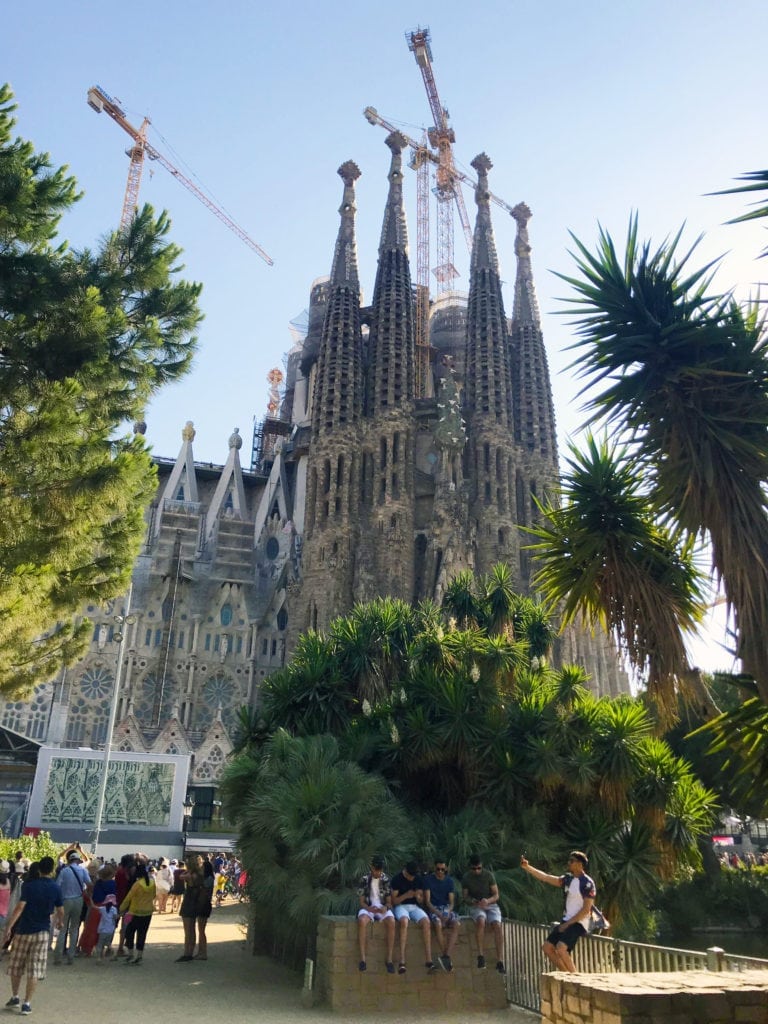 Working abroad is an honor. As an American, I represent my country vulnerably across my chest, attempting to show anyone and everyone what the US stands for, in addition to correcting commonly held misconceptions of Americans. Every day I get to see beauty of Spain, or more specifically, of enchanting Barcelona’s way-of-life. I have indulged in succulent spiced chorizo mixed with delicately broiled potatoes, or the Spanish classic – paella, munching on prawns and Spanish rice doused in a bouquet of spices. I took a solo trip to La Sagrada Familia and basked in the splendor of an infinitely detailed, massive church, a fusion of artistic genius that both inspires and baffles. I walked around Tarragona, in the dank, saturated air of underground roman tunnels, prompting my mind to wander imaginatively. I could not get over the thought of how STINKY it would have been 2000 years ago when Old Spice did not exist, and cow fat burned and undulated from candles in low ceilinged rooms. I swam in the Mediterranean, buoyantly skimming the top of the high-salinity water. I would get lost in the endless streets of the gothic quarter, eased in my confusion by crepe shops on every corner. With all of this said, I am able to appreciate my own country more as well, and identify its own strengths too. I have to say, bottomless cups of free water at restaurants are a blessing when you are terminally dehydrated in a country where wine is cheaper than H2O.

The feelings from arrival are not completely stripped away. I still feel lonely occasionally, and wish that I could chat about Drake’s unknown child at the lunch table, but I have grown to love my company and the people I have met. I have learned about the Catalan culture, made sets for a video and found out that I could function in a completely different culture. I developed a symbiotic relationship with my colleagues, where we learned daily from each other. Every day I face a new challenge, whether it is the basic tedium of a workday or frustration at trying to understand a different language. With the new challenges comes the satisfaction of finding your place or of finding new places in a different country and this satisfaction is utterly blissful. I suggest you try it, and soon.